The safe exposure limits on EMF Radiations in Greece

From 1970 until today, scientists have been studying the possibilities of the effect of non-ionizing radiation on human health and living organisms in general.
As a result of scientific research, thousands of studies on this subject have been published to date. According to the World Health Organization (WHO): “In the field of biological effects and medical applications of non-ionizing radiation, over 25,000 articles have been published in the last 30 years. “Although a portion of the public feels that more research needs to be done, our current scientific knowledge in this area is more extensive than any chemical agent.” (Bulletin No. 193, June 2000).

Evaluating all scientific research worldwide, the International Commission on Non-Ionizing Radiation Protection (ICNIRP), a non-governmental scientific organization officially recognized by the World Health Organization, has issued protection directives. from the exposure, setting the radiation limits below which the exposure does not cause any short-term or long-term effects on the human body.

ICNIRP guidelines have applied a safety factor of 50 below the limit below which no adverse effects have been reported in the human body, taking into account the precautionary principle and the most vulnerable groups such as young children, patients and the elderly. ICNIRP reviews international research and literature in detail and re-evaluates its guidelines. To date, ICNIRP is of the opinion that the scientific literature published following the 1998 Guidelines has not provided evidence of adverse effects below the essential limitations and does not make it necessary to revise its guidelines for limiting exposure to high-frequency electromagnetic fields (https://www.icnirp.org/cms/upload/publications/ICNIRPStatementEMF.pdf).

The borders of ICNIRP are also recommended by the European Union to its members, as well as the US Food and Drug Administration (FDA).

According to the report of the Scientific Committee on Emerging and Newly Identified Health Risks (SCENIHR) of the European Union, existing scientific data do not justify the revision of electromagnetic exposure limits.
http://ec.europa.eu/health/ph_risk/committees/04_scenihr/docs/scenihr_o_022.pdf

The limits of safe exposure set in Greece

The Greek government with the Joint Ministerial Decision (JMD), “Measures to protect the public from the operation of antennas installed on land” (No. 53571/3839, Government Gazette 1105 / Β / 6-9-2000) issued in 2000, reduced the limits of 20% in relation to the Recommendation of the European Union.

Law 3431/06 “On electronic communications and other provisions” (Government Gazette 13 / A / 3-2-2006), instituted even stricter limits for safe exposure of the public. The limits currently in force in our country are 30% stricter than those set by international directives and adopted by the European Union and are among the strictest in Europe. In addition, a minimum distance is set from schools, nurseries, nursing homes, hospitals, within which it reduces the limits by another 10%. In these cases, the limits are limited to 60% of those set by the EU and ICNIRP.
However, the use of distance as a factor in determining safe exposure limits is not based on scientific data. Internationally the limits are determined by the power density of the electromagnetic field and in no case by the distance.
Asked in the European Parliament, Commissioner Errki Likaanen said: “Security levels and not the distance of an antenna from a residential area are the appropriate indicator for measuring the impact on citizens’ health”.

Corresponding is the position of EEAE ( Hellenic Atomic Energy Commission ) on the topic: “Because the way the various antennas radiate is otherwise, it is not possible to set a security distance that is common to all types of antennas. By setting exposure limits for electromagnetic radiation per se, the safety distance itself is derived as a derivative value and is large for strongly radiated antennas and small for weakly radiated antennas, taking into account the direction in which the antennas radiate. Thus, the resulting safety distance can be less than a meter for very weak antennas up to hundreds of meters for strong transmitting antennas e.g. radio or television signals. In addition, many times the exposure of people is due to a combination of antennas located in different positions. In these cases, a distance limit could not protect against the contribution of electromagnetic radiation to many different antennas in human exposure.
________________________________________
Surveys and Measurements in Greece

Measurements and surveys are carried out systematically in Greece since the launch of mobile telephony. The Hellenic Atomic Energy Commission (GAEC) is responsible for the protection of the general population from non-ionizing radiation. The mobile telephony companies submit to the GAEC, for each antenna they are going to install, a radio emission study which must prove that with the installation of the specific antenna the emission limits of electromagnetic radiation, as defined by the national legislation, are observed. According to the Law, the GAEC has undertaken to control the observance of the limits of safe exposure of the public to electromagnetic radiation, carrying out inspections ex officio and without notice.

According to the EEAE, from the on-site inspections carried out nationwide to date: “in the vast majority of points near the checked base stations, the measured values ​​of the levels of electromagnetic fields were found from a few tens to several thousand times below the safe limits. public exposure “.
In addition to EEAE, Greek University Institutions, such as the National Technical University of Athens, the Aristotle University of Thessaloniki and the University of the Aegean, have designed and implemented programs for measuring electromagnetic radiation in the environment, such as the Ped ERION program , spectrum program. The results of the measurements are announced by the competent Universities on the respective websites of the programs. In our country there are three programs for the continuous measurement of the levels of E / M radiation in the environment. Millions of measurements have been made under these programs, the results of which show that the total electromagnetic radiation from various sources is well below the established limits.

Finally, it is worth noting that with the passage of the new Law 4053 , under The National Electromagnetic Field Observatory is established under the auspices of the GAEC, with the aim of continuously monitoring compliance with the established safe public exposure limits for electromagnetic fields, as defined in current legislation, through an interconnected system of processing stations values ​​of electromagnetic radiation for the constant information of the public. 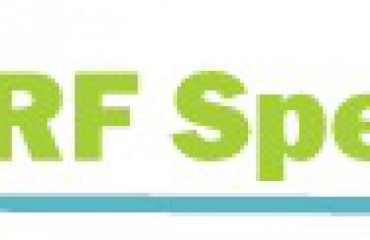