Removing a mobile phone antenna from a densely populated area

With its decision no. 346/2018, the Single Member Court of First Instance of Corinth accepted the application for precautionary measures regarding the removal of a mobile telephony antenna.

The mobile phone company that installed the antenna was ordered to remove the disputed antennas and machines within thirty days from the delivery of the decision, with the decision to provide a fine of five thousand nine hundred euros for each violation of the provisions.

According to the decision, the telecommunications company installed and put into operation a base station and a mobile telephony antenna on the roof of a two-storey building, in a densely populated area, less than 300 meters from Velos Primary School, Velos Regional School, as well as the houses. of the vast majority of applicants.

As noted, the health effects of cellular base antennas depend on the distance of the living space from the antenna , the orientation of the antenna , ie if it emits in the direction of the living space, from the intensity of radiation , as can be measured as an average value, from the age of the exposed and the condition of his health and from the duration of exposure , ie the hours of living per day in the specific area.

It should be noted that the existing security limits in our country, even if they are reduced by 30-40% of the international limits, do not take into account the European principle of Precaution prevailing in Greek law.

According to this principle where there is a risk of serious or irreversible damage, the unavailability of complete scientific certainty can not be used as a reason for postponing effective measures to prevent environmental degradation.

Therefore, the company, which installed and operates the facility in question at the above location, which is not far from the school and the applicants’ residences, violates the precautionary principle, according to which precautionary measures must be taken when there are sufficient reasons to The installation of a mobile antenna is considered to pose a risk of irreparable damage to the physical and mental health of the inhabitants of the area where the facility is located, as well as to the environment, even if the causal link between the installation in question and the harmful effects of the electromagnetic radiation it emits.

Moreover, regardless of the question of the legality or not of the licensing of the station in question, the defendant, in breach of the precautionary principle, harms the health of the applicants, as well as environmental goods, which in large part belong to the common and shared things , the use of which and their benefits directly concern human life and health and are key elements in ensuring quality of life.

The above goods and in particular the manifestation of the constitutionally guaranteed right to the environment (article 24 of the current Constitution), as it indirectly acts through Articles 57 and 966 et seq. Of the Civil Code, are not independent rights, but individual manifestations of the individual right of every human being. , so that the infringement of these goods also implies an infringement of the right of the applicants’ personality.

It should be noted that the non-operation of the disputed antenna does not violate the principle of proportionality, as it does not lead to a complete deprivation of the financial freedom of the defendant company.

Therefore, because physical and mental health is the supreme protected asset of the individual, the Court accepted the application and banned the mobile phone company from operating the base station and the mobile antennas it has installed in Velo, Corinth, as well as shall be obliged to temporarily remove the antennas and machines from the above place of installation within thirty (30) days from the service of this decision, with the threat of a final fine of five thousand nine hundred (5,900, 00) for each breach of its operative part. 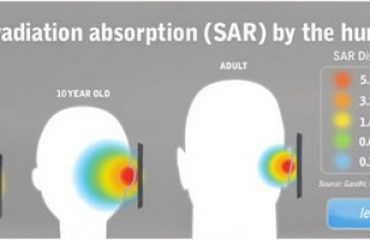 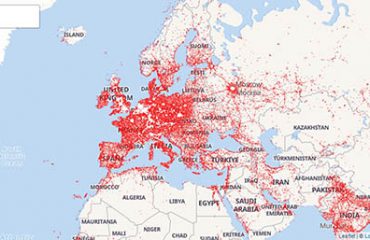 Check where are Mobile Telephony Antennas in your area